Home » Art for Beginners » How to Draw and Paint Dancers in Movement. Art and Drawing Dance

How to Draw and Paint Dancers in Movement. Art and Drawing Dance

Getting Started: Painting Dance and Movement

Painting dancers can be difficult even for established artists because trying to capture the passion, energy and importantly, the movement of a dancer, can create many technical challenges as an artist.

Depending on the type of dance, you might also wish to try and portray that given style and the deeper meaning which comes with that specific dance style.

With belly dance you might, for example, wish to portray the sensuality and freedom which it gives to many women.

With salsa, you might want to catch the sizzle and the energy which it brings. or with a dance style such as ballet you might wish to highlight the technical side but still to reflect the sense of movement of the dance.

As you can already see, painting or drawing dancers is not the easiest thing to do for us artists.

To get started, let me first introduce you to one technique that can immediately help if you are new to drawing and painting dancers.

To get a sense of movement for objects and people, the trick is to use angles to portray movement.

If you take a look at the two images above, you will see two balloons.

The first balloon (on the left), because it is using no angle, appears to be somewhat static in terms of movement.

The second balloon (on the right) on the other hand, appears to be moving as though it is floating.

This perception is created by showing the balloon at an angle. We can use this same quite simple concept when drawing dancers to try and express the feeling and impression of movement, by trying to avoid vertical or horizontal lines. Try and shift the image from appearing to having a fixed center of gravity, to give the appearance of movement.

It is essential throughout this process to also ensure though that the anatomical parts i.e. the limbs are all in proportion if you want to create a picture that looks realistic.

Over focus on trying to draw movement and to express the energy of the dancer can commonly result in the proportions of the body being misdrawn.

Perspective and color can also help give a sense of movement if used correctly, as you can convey a sense of the subject moving towards you, for example.

The use of frames is a great example of how you can add depth and a different perspective of the dancer you are drawing.

By framing the drawing of a dancer and cropping part of the image, for example, you can often create the impression of a dancer moving towards the center of the canvas.

Cropping an image is a trick often used by the French artist Degas, who painted several pictures of ballet dancers during his career between the end of the 1800s and the start of the 20th Century in Paris.

Degas often used compositions that went diagonally, from one corner of the canvas to the opposite corner, and often cropped images on the edges of the painting, as for example you can see in the ‘Dance Class’ (1874).

This composition gives you a feeling that the scene goes on beyond the limit of the canvas and that characters may move in and out of the frame.

The sense of movement can be further conveyed by showing different parts of the body-facing different directions, just as it happens in real life when people dance.

For example, Henri Matisse’s ‘Dance’, is a good example of using composition (an asymmetric circle), as well as the torsion of the dancers’ bodies, to give a real sense of movement.

When drawing a dancer, you really need to try and convey the feeling of the dance genre in question, as well as the human form moving and a sense of energy.

There is so much going on in this type of picture that getting the balance can be difficult. Generally speaking, you can give a sense of energy, as well as movement, by using the strokes of the brush in a particular way.

Colors and light can also contribute to a sense of energy and dynamism, as well as contributing to convey the feeling for the dance and the environment.

The Italian futurist Gino Severini, enjoyed exploring the sense of movement but, rather than painting moving machines, as other futurist painters did, he often painted dancers. In his works, he made great use of colors, light and he mixed different media with paint.

For example, in the ‘Blue Dancer’ (Ballerina Blu) from 1912, he applied sequins on top of the paint, to give a sense of shifting light. Severini’s paintings were influenced by Cubism and some of his dance paintings are almost abstract, but what counts is the sense of dynamism and energy inspired by the dancing body.

Another painter who used color to depict the energy in dance was Sonia Delaunay, who was one of the artists (as well as Picasso) who worked closely with the Ballet Rousses for a period of time, by painting backdrops and designing costumes for that dance company.

An example of a very colorful dancer painted by Sonia Delaunay is the ‘Flamenco Dancer’. A contemporary figurative painter who uses light and colors to convey mood in his paintings of dance is Fabian Perez, whose intense tango and flamenco dancers are depicted in blacks and reds with a strong contrast of lights against a dark background.

If the dancer is using props such as ribbons or veils or has flowing garments (such as a skirt) or long hair, you as a painter can use these to portray and enhance movement in your work.

See, for example, the painting ‘At the Moulin Rouge: the Dance’ by Toulouse-Lautrec.

The female dancer in the middle of the dance floor is particularly dynamic for various reasons, such as the warm and bright colors of her clothes and the diagonals of her body that contrast with the other figures in the picture, whose lines are vertical and clothes for the most part darker.

Another element that gives dynamism to this dancer is the fluid lines of her skirt. In this painting, it is also clear how the stroke makes a difference, as lines are visible but without being too thick and marked.

In order to portray movement, there is a fine balance you need to achieve between a photographic resemblance and overly sketchy and undistinguished strokes.

In terms of portraying movement taking advantage of flowing hair and props, I particularly like the way Japanese painter Takeshi Sato (famous for his live paint acts) has drawn a belly dancer in the video below.

I think he manages to capture the dynamism and energy of the veil trailing behind the dancer very well. 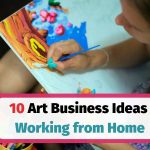 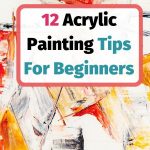 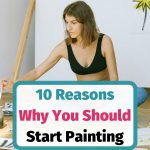 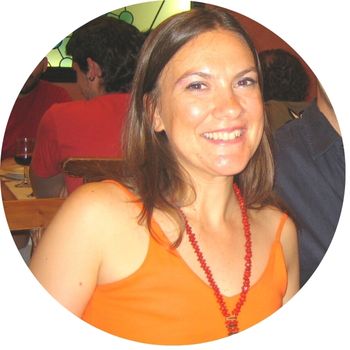 Hi – I Dr Valeria Lo Iacono – a woman in my 50s who has a passion for life. Here I teach home cooking about life after 50+